Your The Inspiration: Lost and Found Box

Today I am featuring two projects that I have bookmarked or "starred" in my Google Reader.  I don't know about you, but I have hundreds of blog posts starred. I also have dozens of pictures in my "Flickr Favs." They both serve as an online inspiration folder. I decided that it's high time to dig into that list and start using some of that inspiration.

What do you get when you take inspiration from this tissue box made by Chris at Just A Girl... 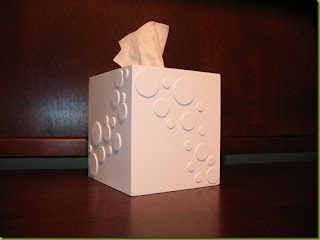 and add  inspiration from this trinket art made by Sharla at My Little Gems? 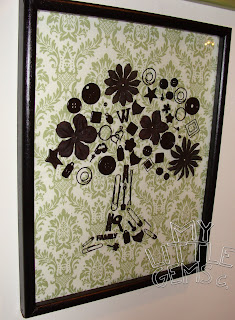 Well, I came up with this:

A lost and found box for my classroom! Yes, I am still working on my goal of bringing my crafty to work.

This year we have a new math program that issued a bag of math manipulatives (counters, play money, number cubes etc...) to every child. The district has informed me that each of my thirty little plastic bags with hundreds of small pieces is supposed to last for seven years! Seven years! (Insert dubious laugh here.) Anywhoo! When we find missing pieces, we will toss them into this box. From time to time we will inventory our bags and replace the missing pieces. Hopefully my bags will last...who am I kidding... a few years.

I loved both the idea of the trinkints and the calm of the white on white from my two "inspiration pieces." (I feel so HGTV when I say that.) Here is a photo mosaic of my process.

As you can see, I have saved a lot of trinkets, including the keys off of Cliff's old laptop.  I used Elmers Household Cement which worked pretty well. It held things in place even on a vertical surface. Although, it was a bit hard to control and on some of the trinkets you can clearly see the blob of glue in back. Also, it did not clear my sinuses at all. No fumes what so ever. I probably would have liked the control of super glue better, but I would recommend this glue for those of you crafting with kids. It cleans up with water and is priced well.

Need a bit more inspiration to try this idea on your own?

Here are some similar ideas I found:
An Ikea Mirror with white buttons- very shabby chic
Mirror frame covered with small toys -looks great brightly colored, but I'd love it painted all white too!

And just for fun... wouldn't this crazy cat car from People of Walmart look a little chic painted all white? 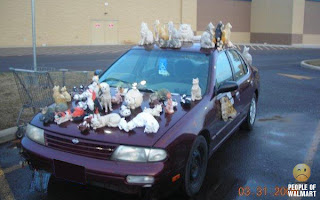 What a great idea. I love how it turned out.

That car is too funny.

You have very lucky students! :)

Saw this on flickr yesterday and thought it was adorable! Love the idea . . . hopefully it'll help you keep your math bags mostly full :)

That is really cool. You are so creative! I love how it makes little trinkets that would otherwise be pitched into something useful and stylish.

I have the same thing! My "project ideas" folder is so full!

I think I saved the same tissue box!

Your box turned out really cute!