Thanks for all your kind words, prayers and thoughts.

This pregnancy has certainly has been a lesson in patience, determination and ultimately surrender.

The short story is that I had some weird bleeding at the beginning of  my Easter break. I had planned each day with an inch of it's life. I had plans to paint the bed my dad and I made. I planned to paint our bedroom. I had lots of errands and social gatherings. I was busy with a capital B.

But, the bleeding was strange and gross and I thought "Welcome to your 40's" and called the doctor. Of course my beloved Dr. Dwight (real name awesome OBGYN in LA-seriously) was booked solid so I met with a new partner. Dr. Yamaguchi. She was/is terrific too. She told me I was pregnant, but that my uterus was full of blood clots and I would more than likely loose this baby. There was no way for her to measure how far along I was. She couldn't really see anything. My mind went totally blank and I couldn't think of dates either. I asked her if I should cancel my plans and go on bed rest.  She assured me that there was nothing I could do to cause or prevent a miscarriage.

I told Cliff that good and bad news. The good news was, that after seven years of trying and six rounds of IVF and three miscarriages-we actually got pregnant on our own! And the bad news, this one wasn't going to make it either.

We cried for about 10 minutes and then I just went on with my life. I buried this pregnancy deep in denial and went on with all my plans. The bleeding continued for weeks on and off. At this point I was working after school and on Saturdays getting my students ready for state testing. Things at school were very stressful.

Sure I was tired, but hey that's the story of my life. Other than that I had no symptoms of pregnancy and on the few times when I allowed myself to even think about it, the lack of symptoms seemed to convince me further that this was not going to work out.

In early May, my family suffered a loss and I took two weeks off to mourn. I felt so guilty about being away from school, but I knew that I needed this time to rest. It was then that I remembered that I never did miscarry. So, I asked Cliff to take me back to the doctor to schedule the D&C. I figured the day already was sad and awful, let's just get all the bad stuff out of the way.

I couldn't even look at the screen. I did not want a memory of what wouldn't be. Even when Dr. Yamaguchi said, "Look at the four chambers of the heart." I was scared to turn my head. When I did, I saw an 11 week old fetus!  It was too much, I just couldn't comprehend it all.

Dr. Yamaguchi advised us to wait until 16 weeks to announce just to be safe. I had 3 previous miscarriages to warrant a high risk scan at 12 weeks.  Everything looked perfect there too. But, Cliff and I were still too nervous to get excited. At 16 weeks I was terrified because I wasn't feeling anything, but the doctors appointment went well. Still I was mum.

I went to a therapist to try and sort out what I can only describe as post traumatic stress syndrome.

Finally, at the 20 week high risk scan I could exhale. I was showing, but only a few people caught on. Most of my friends thought I was stress eating. Nobody said anything and I am grateful. The "telling" was so scary because "un-telling" is so sad and miserable.

Needless to say, the excitement our family, friends and you have shown is wonderfully overwhelming. I have cried so many times hearing that this person or that has been praying for me/us. So thank you, from the bottom of my heart.

The flowers and pink baby clothes were waiting for me in the guest room at my parents house. I spent ten days relaxing, swimming, and catching up with them. It was a wonderful way to start my second trimester.
Posted by Jane at 7/29/2011 11 comments: 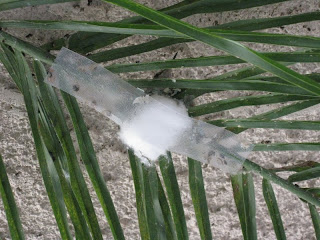 This is not a typical 4th of July post in that there is no red, white, or blue craft in it. Instead, I want to celebrate a little of what makes America great for me. It's the small things.It's the kindness of strangers, the willingness to help, and Yankee ingenuity just to name a few.

Not too long ago my neighbors discovered a teeny tiny hummingbird egg smashed on the deck outside their apartment. Turns out, the bottom of the nest was weak and the eggs were dropping as fast as mama bird could lay them. (If ever I could relate to a hummingbird it was this one.) Well, my neighbors used a bit of creativity to solve that problem with a cotton ball and some surgical tape. 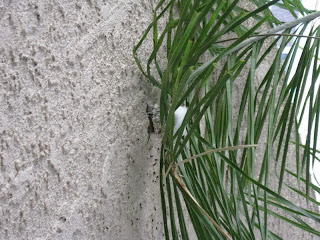 Mama bird laid more eggs and now there are two baby hummingbirds thriving.  You can just see their heads and beaks here.


A special thanks to our military men, women, and families. YOU are our cotton ball and surgical tape!
Posted by Jane at 7/02/2011 2 comments: